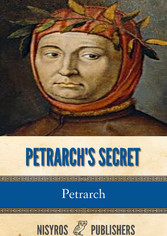 Petrarch's Secret, or the Soul's Conflict with Passion (Three Dialogues Between Himself and ST. Augustine

Petrarch's Secret, or the Soul's Conflict with Passion (Three Dialogues Between Himself and ST. Augustine

Petrarch was not the first man to find a certain contradiction between his desires and the possibilities of life around him, and to pass many years under the pain of contrary attractions that could not all be followed to fulfilment This conflict is what gives interest to the Secretum. Some have thought, and the idea was expressed by one of his correspondents, that his love for Laura was very much of a literary pose. Yet that such a view is an insufficient account of it seems pretty clearly established by the work here translated. It is, indeed, plain that his feelings ran a course, and not a smooth one, and did not continue in one stay; he came to see the whole matter in a changed light, and yet not wholly changed; his relation was transfigured, not abandoned, and after the death of Laura, which took place when he was forty-four, it continued as a memory from which the pain had faded away and only what was uplifting remained.
That which persisted unchanged all through his life and seems most to have had the colour and substance of a passion was the love of Letters. To this his friendship, his very real patriotism, and (must we not add?) his religion also were in a sense second. But the mention of this last factor in the life of Petrarch leads one to express the opinion that this has not yet been quite sufficiently reckoned with. That it should not have been thought worthy of such reckoning has probably arisen from the one ugly fact in his life which he himself does not conceal, and indeed expressly refers to in his 'Letter to Posterity.'