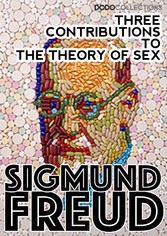 IT IS A PART OF popular belief about the sexual impulse that it is absent in childhood and that it first appears in the period of life known as puberty. This, though a common error, is serious in its consequences and is chiefly due to our present ignorance of the fundamental principles of the sexual life. A comprehensive study of the sexual manifestations of childhood would probably reveal to us the existence of the essential features of the sexual impulse, and would make us acquainted with its development and its composition from various sources.

The Neglect of the Infantile.âIt is remarkable that those writers who endeavor to explain the qualities and reactions of the adult individual have given so much more attention to the ancestral period than to the period of the individualâs own existenceâthat is, they have attributed more influence to heredity than to childhood. As a matter of fact, it might well be supposed that the influence of the latter period would be easier to understand, and that it would be entitled to more consideration than heredity.[1] To be sure, one occasionally finds in medical literature notes on the premature sexual activities of small children, about erections and masturbation and even actions resembling coitus, but these are referred to merely as exceptional occurrences, as curiosities, or as deterring examples of premature perversity. No author has to my knowledge recognized the normality of the sexual impulse in childhood, and in the numerous writings on the development of the child the chapter on âSexual Developmentâ is usually passed over.[2]

Infantile Amnesia.âThis remarkable negligence is due partly to conventional considerations, which influence the writers on account of their own bringing up, and partly to a psychic phenomenon which has thus far remained unexplained. I refer to the peculiar amnesia which veils from most people (not from all!) the first years of their childhood, usually the first six or eight years. So far it has not occurred to us that this amnesia ought to surprise us, though we have good reasons for surprise. For we are informed that in those years from which we later obtain nothing except a few incomprehensible memory fragments, we have vividly reacted to impressions, that we have manifested pain and pleasure like any human being, that we have evinced love, jealousy, and other passions as they then affected us; indeed we are told that we have uttered remarks which proved to grown-ups that we possessed understanding and a budding power of judgment. Still we know nothing of all this when we become older. Why does our memory lag behind all our other psychic activities? We really have reason to believe that at no time of life are we more capable of impressions and reproductions than during the years of childhood.[3]

On the other hand we must assume, or we may convince ourselves through psychological observations on others, that the very impressions which we have forgotten have nevertheless left the deepest traces in our psychic life, and acted as determinants for our whole future development. We conclude therefore that we do not deal with a real forgetting of infantile impressions but rather with an amnesia similar to that observed in neurotics for later experiences, the nature of which consists in their being detained from consciousness (repression). But what forces bring about this repression of the infantile impressions? He who can solve this riddle will also explain hysterical amnesia.

I believe that the infantile amnesia which causes the individual to look upon his childhood as if it were a prehistoric time and conceals from him the beginning of his own sexual lifeâthat this amnesia is responsible for the fact that one does not usually attribute any value to the infantile period in the development of the sexual life. One single observer cannot fill the gap which has been thus produced in our knowledge. As early as 1896 I had already emphasized the significance of childhood for the origin of certain important phenomena connected with the sexual life, and since then I have not ceased to put into the foreground the importance of the infantile factor for sexuality.

THE SEXUAL LATENCY PERIOD OF CHILDHOOD AND ITS INTERRUPTIONS

The extraordinary frequent discoveries of apparently abnormal and exceptional sexual manifestations in childhood, as well as the discovery of infantile reminiscences in neurotics, which were hitherto unconscious, allow us to sketch the following picture of the sexual behavior of childhood.[5]

It seems certain that the newborn child brings with it the germs of sexual feelings which continue to develop for some time and then succumb to a progressive suppression, which is in turn broken through by the proper advances of the sexual development and which can be checked by individual idiosyncrasies. Nothing is known concerning the laws and periodicity of this oscillating course of development. It seems, however, that the sexual life of the child mostly manifests itself in the third or fourth year in some form accessible to observation.[6]

The Sexual Inhibition.âIt is during this period of total or at least partial latency that the psychic forces develop which later act as inhibitions on the sexual life, and narrow its direction like dams. These psychic forces are loathing, shame, and moral and esthetic ideal demands. We may gain the impression that the erection of these dams in the civilized child is the work of education; and surely education contributes much to it. In reality, however, this development is organically determined and can occasionally be produced without the help of education. Indeed education remains properly within its assigned realm only if it strictly follows the path of the organic determinant and impresses it somewhat cleaner and deeper.

Reaction Formation and Sublimation.âWhat are the means that accomplish these very important constructions so significant for the later personal culture and normality? They are probably brought about at the cost of the infantile sexuality itself, the influx of which has not stopped even in this latency periodâthe energy of which indeed has been turned away either wholly or partially from sexual utilization and conducted to other aims. The historians of civilization seem to be unanimous in the opinion that such deviation of sexual motive powers from sexual aims to new aims, a process which merits the name of sublimation, has furnished powerful components for all cultural accomplishments. We will therefore add that the same process acts in the development of every individual, and that it begins to act in the sexual latency period.[7]

We can also venture an opinion about the mechanisms of such sublimation. The sexual feelings of these infantile years on the one hand could not be utilizable, since the procreating functions are postponed,âthis is the chief character of the latency period; on the other hand, they would in themselves be perverse, as they would emanate from erogenous zones and would be born of impulses which in the individualâs course of development could only evoke a feeling of displeasure. They therefore awaken contrary forces (feelings of reaction), which in order to suppress such displeasure, build up the above mentioned psychic dams: loathing, shame, and morality.[8]

The Interruptions of the Latency Period.âWithout deluding ourselves as to the hypothetical nature and deficient clearness of our understanding regarding the infantile period of latency and delay, we will return to reality and state that such a utilization of the infantile sexuality represents an ideal bringing up from which the development of the individual usually deviates in some measure and often very considerably. A portion of the sexual manifestation which has withdrawn from sublimation occasionally breaks through, or a sexual activity remains throughout the whole duration of the latency period until the reinforced breaking through of the sexual impulse in puberty. In so far as they have paid any attention to infantile sexuality the educators behave as if they shared our views concerning the formation of the moral forces of defence at the cost of sexuality, and as if they knew that sexual activity...