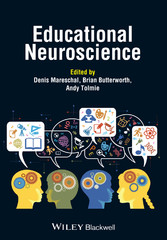 It is the goal of this book to summarize the methods employed and the evidence so far collected to support educational neuroscience. Each chapter deals with infancy, childhood, and adult education. A foreword, however, is free to attempt to imagine an educational system that may never really exist, but could be reasonably implied by what is already known. Below I have tried to help the reader separate fantasy from reality by using real references to mark what has actually taken place and separate it from what I think might someday happen.

One could imagine young parents taking their 10-month-old daughter to the pediatric specialist for an educational checkup. Records of electrical activity at the scalp are taken to see how well native phonemes are solidifying their representation in the brain (Guttorm et al., 2005; Molfese, 2000). At the same time Mandarin phonemes are studied to see if the parents’ goal of preparing their daughter for a Chinese emersion school is likely to be worthwhile (Kuhl, 1994; Kuhl, Tsao, & Liu, 2003). A new robot tutor is available to help the family reach their goal. Entry to school might depend upon having developed a strong enough phonemic organization to support learning to read. To obtain more information on this the reader should examine the chapters by Victoria Knowland and Chris Donlan, as well as Liory Fern-Pollak and Jackie Masterson, on language and literacy. These chapters may help you decide how likely these events are.

A research laboratory at the NATO center for brain and education has released a new report comparing English children with Chinese children in the brain mechanisms involved in simple number comparison with Arabic digits. It has previously been found that English-speaking and Chinese-speaking adults, equally familiar with Arabic digits, use entirely different brain pathways to make simple numerical comparisons (Tang et al., 2006). The new functional magnetic resonance imaging (fMRI) study, not yet conducted, could show that following extensive exposure to special lessons adapted from Chinese classrooms, English-speaking children use the Chinese pathways. Could such studies lead to changes designed to raise success and to close the achievement gap between Asian and Western children? To find out whether this could work, even in theory, read Butterworth and Varma on mathematical development.

There has been widespread panic about increases in the prevalence of autism and attention deficit hyperactivity disorder (ADHD) in the United States of America. There is also worry among the parents of typically developing children that in the digital age their child will not be able to resist distraction and focus on their school subjects. Research has discovered specific attention networks that underlie our ability to focus attention on sensory information as is needed in reading and arithmetic (Posner & Rothbart, 2007). One of these attention networks, involved in orienting to sensory stimuli, is disrupted in children with autism (Townsend, Keehn, & Westerfield, 2011) but not in children with ADHD (Johnson et al., 2008). ADHD children have shown deficits in other attention networks involved in alerting and voluntary control of responses (Johnson et al., 2008). Moreover, the connectivity of the network involved in voluntary control of response is also important in control of emotion and of the social world. Chapters by Blakemore and colleagues and Jones show how important such controls are to the development of children.

Research to be published shortly by the London Center for Educational Neuroscience has shown that the different attention networks can be suppressed or enhanced with drugs that influence the chemicals that modulate them. However, drugs might not be the only or even the best alternative. A number of recent studies of children with ADHD and those developing typically have improved aspects of their attention by training exercises that might use computers or live classroom instruction (Diamond, Barnett, Thomas, & Munro, 2007; Klingberg, 2011; Rueda, Rothbart, McCandliss, Saccamanno, & Posner, 2005). It is not yet known whether such training really makes a long term improvement in disorders such as ADHD, or whether strengthening of attention networks can prevent disorders and improve performance in schools. We can imagine a future where it is possible to tailor these exercises to enhance the performance of all children and perhaps to close achievement differences based on social class. Background for these ideas can be obtained by reading the chapter by Michelle de Haan.

An important development in cognitive science is that concepts based on clear rules are often less important in human thinking than fuzzy sets in which semantic categories are represented by typical instances (Rosch, 1975). The consequences of such categories have been elaborated and applied to a wide range of human thought through the study of metaphorical thinking (Lakoff & Johnson, 2003). Imaging has begun to explore the neural basis of how the brain supports Roschian concepts and metaphorical thinking. Expertise in a large number of domains produces activation of a posterior brain area related to the visual system, which can automatically deal with relevant written words. Many humans are experts in face perception (Kanwisher, 2000) and most are in reading (McCandliss, Cohen, & Dehaene, 2003). These activate parts of the fusiform gyrus, which plays a crucial role in both fluent face recognition and reading. As new skills are learned they can also develop such areas and allow the person to automatically interpret new input in light of old knowledge (Posner 2013, in press; Righi, Tarr, & Kingon, in press; Tanaka & Curran, 2001). The study of the brain mechanisms of experts may help us determine if a given teaching method is establishing genuine expertise. The chapter by Jonathan Fugelsang and Denis Mareschal provides the background by discussing the importance of training in conceptual thinking and reasoning in science.

To foster the development of an educational system related to neuroscience it will be important for the next generation of educational researchers to understand the methods and ways of thinking in neuroscience. Neuroscience results do not dictate curricular development; rather, they require creative application by designers to synthesize the results into appropriate curricula. To do this means understanding how neuroscience ideas (Fred Dick and colleagues, Chapter 2) are brought together in the formation of computational models (Michael Thomas and Diana Laurillard, Chapter 3), and in addition how those neural networks that are common to all &#x00AD;people relate to network efficiency, which differs among individuals and within individuals from time to time. Genetic variations in interaction with the environment are one of the influences on such individual differences (Chapter 4, Yulia Kovas and colleagues). As a link to curricular development, education researchers need to know how to study and evaluate preliminary designs of educational interventions to see which can be integrated into the overall curriculum (Chapter 5, Andy Tolmie).

Although not all of these educational applications of neuroscience may come to pass, I hope this book will play a role in conveying the exciting present and future possibilities of educational neuroscience.