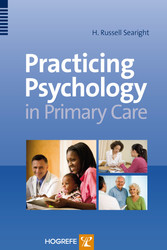 Survey estimates suggest that between 20% and 60% of primary care patients have undiagnosed mental health conditions. While these conditions are common in primary care, multiple studies indicate that physicians often fail to recognize and formally diagnose these conditions. Two decades of research have concluded that an average of only 20â30% of these patients are detected. However, since the presentation of psychiatric symptoms in a primary care clinic differs from that found in a psychiatric practice, it is difficult and probably unfair, to view these physicians as in some way, negligent. There are several reasons for this pattern. First, in contrast to patients seen in the specialty mental health sector, primary care patients in psychological distress are more likely to focus on physiological symptoms. Thus, the depressed patient is likely to report fatigue and insomnia rather than dysphoric mood and lack of pleasure in usual activities as their chief complaint. Second, depressive and anxiety symptoms may coexist with a newly or previously diagnosed medical condition. This factor is particularly challenging to the physician since psychiatric symptoms overlap with symptoms indicating a medical diagnosis. Panic disorder patients, for example, are probably more likely to initially appear in a general hospital emergency department rather than a psychologistâs office. Patients with panic disorder are likely to focus on particularly frightening physical symptoms such as chest pain, shortness of breath, lightheadedness, and near-fainting experiences. While panic symptoms may mimic a cardiovascular condition, there is also considerable evidence that anxiety disorders are more common among patients with previously diagnosed hypertension and heart disease than among persons without cardiovascular disease. Finally, the presenting problem may mask an underlying psychiatric condition (see also p. 21). Thus, tension headache and lower back pain often coexist with major depressive disorder and some would argue that headache is an expression of major depressive disorder (Searight, 1999). However, while somatic expression of psychological distress is particularly common in specific cultural groups such as those from the Middle East, the physician is likely to consider a mental health condition only after the appropriate battery of medical tests have been run and result in negative findings.

While many mental health providers may find it difficult to believe that physicians seeing 20â30 patients per day can have significant relationships with any of them, many people view their doctor as the professional to whom they are most likely to turn when experiencing distress â physically, emotionally, or interpersonally. Additionally, because people see their physician at times in their lives when they are particularly vulnerable, there are strong elements of trust, gratitude, and security associated with the relationship. In many cases, the same physician has cared for the patient for decades. Finally, key developmental transitions often include the physician â births, early infancy, beginning school, retirement, and death. Family physicians, in particular, because they often care for entire families, often have a unique vantage point on a patientâs psychosocial world. Some research suggests that medical patients are not particularly open to visiting a psychotherapist and prefer their primary care physician as a source for counseling. While nearly 90% of depressed primary care patients desired counseling, only 11% wanted to be referred for psychotherapist. Instead, they wanted their primary care physician to provide psychological treatment (Brody, Khaliq, & Thompson, 1997; Ruddy, Borresen, & Gunn, 2008).

Obstacles to psychotherapy, particularly in todayâs health care system, also make it more likely that patients will bring psychological difficulties to primary care providers. Patients often report that they have difficulty accessing mental health services, are placed on extended waitlists, or that the only available psychotherapist is geographically distant or can only see the patient at inconvenient times. Additionally, rising patient copayments make specialty mental health care increasingly expensive. There is less stigma associated with seeing a primary care physician as opposed to a psychologist. Because of concerns about maintaining health and life insurance, there is often fear that this sensitive information would be disclosed to third parties (Ruddy et al., 2008). Navigating the carved out mental health system is often extremely challenging and discouraging and frequently is an obstacle to continuity of care. In addition, even when the physician does recommend a particular psychotherapist with whom they have a working relationship; patients may encounter significant managed-care barriers to seeing this provider. Finally, prior negative experiences with the mental health system will also make it more likely that patients will turn to their trusted physician when experiencing psychological distress.

The trust that patients place in their physician often has a ââhaloââ effect that extends to consultants to whom they refer. Patients referred to mental health professionals often begin the visit with ââI donât know exactly why I am seeing you but Dr. Reed recommended you and thatâs good enough for me.ââ In this way, the primary care providerâs ââhaloââ can extend to psychologists. Physicians are far more comfortable referring their patients to someone they know, have shared previous patients with in the past, and with whom they periodically communicate. For patients who seem reluctant to act on a mental health referral, their physicianâs brief testimonial can make a significant difference. (I know that there are a lot of therapists who practice in the community â just look in the Yellow Pages. I prefer to refer to Dr. Huber â she is someone that I know and sheâs had very good results with many of my patients.) (Ruddy et al., 2008).

For years, a debate in the psychotherapy outcome literature has centered on the definition of treatment dropout. Is treatment complete when the psychologist says it is or when the patient draws this conclusion? In mental health centers, dropout rates range from 30% to 60% while in so-called centers of excellence, dropout rates may be as low as 17% (Waskett, 1999). Carey and Mullan (2007) found that the median number of counseling sessions attended by patients who did follow up with a physician referral for mental health care was one. When patients were clearly informed that the length of treatment was up to them, the median number of sessions was also one. Globally, studies of counseling in primary care indicate that patients do exhibit significant reductions in self-reported depressive and anxiety symptoms with brief counseling. Of note, several studies have found that patients are usually very satisfied with their counseling and therapy experiences (Seligman, 1995).

As noted earlier, patients are often very attached to their primary care physician. Patients tend to see their physician during episodes of illness and/or regular checkups. When the illness episode has resolved, patients are unlikely to have contact until a need arises again. While research on this process is nonexistent, the authorâs 18 years of experience of seeing patients in a family medicine setting suggests that patientsâ contact with the primary care psychologist follows a similar pattern. Patients would see the psychologist for 2â3 visits and may not see the psychologist again for several years. At that time, either a new life stressor emerged or psychiatric symptoms returned and the patient was seen again. The patientâs distress would lead to another episode of several treatment sessions until the patient regained equilibrium and then direct contact ceased. The availability of the primary care psychologist in their physicianâs office group also is, on its own, very reassuring to patients. Even when the psychologistâs contact with a patient was simply a ââhelloââ in the clinic corridor, patients seemed to experience a sense of security in knowing that the psychologist was still there.

With the national average of 3â4 psychotherapy sessions attended for those who initiate treatment with a mental health professional, one can conclude that patients have been telling us for many years that psychotherapy would be brief. These data may provide some reassurance to psychologists new to this setting who are concerned that limited treatment will lead to patient dissatisfaction.

Somatization: It Is More Than You Think

While psychologists certainly have their share of diagnostic challenges, one could argue that they are small compared to those that daily confront the primary care physician. While important, mental health is a small part of the primary care providerâs clinical knowledge base. Fatigue, chest pain, insomnia, and cognitive difficulties are symptoms associated with a multitude of conditions ranging from myocardial infarction to hypothyroidism to traumatic brain injury to minor depression or an adjustment disorder. Most psychologists have some exposure to somatoform conditions. However, as presented in most overviews of psychiatric diagnosis, somatoform disorders tend to be equated with conversion symptoms. These are typically seen as being of historic interest and as dramatic oddities but as having little bearing on day-to-day practice.