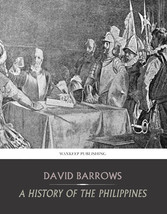 A History of the Philippines

A History of the Philippines

CHAPTER I.THE PHILIPPINES AS A SUBJECT FOR HISTORICAL STUDY.

PURPOSE OF THIS BOOK.âTHIS BOOK has been written for the young men and young women of the Philippines. It is intended to introduce them into the history of their own island country. The subject of Philippine history is much broader and more splendid than the size and character of this little book reveal. Many subjects have only been briefly touched upon, and there are many sources of information, old histories, letters and official documents, which the writer had not time and opportunity to study in the preparation of this work. It is not too soon, however, to present a history of the Philippines, even though imperfectly written, to the Philippine people themselves; and if this book serves to direct young men and young women to a study of the history of their own island country, it will have fulfilled its purpose.

The Development of the Philippines and of Japan.âIn many ways the next decade of the history of the Philippine Islands may resemble the splendid development of the neighboring country of Japan. Both countries have in past times been isolated more or less from the life and thought of the modern world. Both are now open to the full current of human affairs. Both countries promise to play an important part in the politics and commerce of the Far East. Geographically, the Philippines occupy the more central and influential position, and the success of the institutions of the Philippines may react upon the countries of southeastern Asia and Malaysia, to an extent that we cannot appreciate or foresee, Japan, by reason of her larger population, the greater industry of her people, a more orderly social life, and devoted public spirit, is at the present time far in the lead.

The Philippines.âBut the Philippines possess certain advantages which, in the course of some years, may tell strongly in her favor. There are greater natural resources, a richer soil, and more tillable ground. The population, while not large, is increasing rapidly, more rapidly, in fact, than the population of Japan or of Java. And in the character of her institutions the Philippines have certain advantages. The position of woman, while so unfortunate in Japan, as in China and nearly all eastern countries, in the Philippines is most fortunate, and is certain to tell effectually upon the advancement of the race in competition with other eastern civilizations. The fact that Christianity is the established religion of the people makes possible a sympathy and understanding between the Philippines and western countries.

Japan.âYet there are many lessons which Japan can teach the Philippines, and one of these is of the advantages and rewards of fearless and thorough study. Fifty years ago, Japan, which had rigorously excluded all intercourse with foreign nations, was forced to open its doors by an American fleet under Commodore Perry. At that time the Japanese knew nothing of western history, and had no knowledge of modern science. Their contact with the Americans and other foreigners revealed to them the inferiority of their knowledge. The leaders of the country awoke to the necessity of a study of western countries and their great progress, especially in government and in the sciences.

Japan had at her service a special class of people known as the samurai, who, in the life of Old Japan, were the free soldiers of the feudal nobility, and who were not only the fighters of Japan, but the students and scholars as well. The young men of this samurai class threw themselves earnestly and devotedly into the study of the great fields of knowledge, which had previously been unknown to the Japanese. At great sacrifice many of them went abroad to other lands, in order to study in foreign universities. Numbers of them went to the United States, frequently working as servants in college towns in order to procure the means for the pursuit of their education.

The Japanese Government in every way began to adopt measures for the transformation of the knowledge of the people. Schools were opened, laboratories established, and great numbers of scientific and historical books were translated into Japanese. A public school system was organized, and finally a university was established. The Government sent abroad many young men to study in almost every branch of knowledge and to return to the service of the people. The manufacturers of Japan studied and adopted western machinery and modern methods of production. The government itself underwent revolution and reorganization upon lines more liberal to the people and more favorable to the national spirit of the country. The result has been the transformation, in less than fifty years, of what was formerly an isolated and ignorant country.

The Lesson for the Filipinos.âThis is the great lesson which Japan teaches the Philippines. If there is to be transformation here, with a constant growth of knowledge and advancement, and an elevation of the character of the people as a whole, there must be a courageous and unfaltering search for the truth: and the young men and young women of the Philippines must seek the advantages of education, not for themselves, but for the benefit of their people and their land; not to gain for themselves a selfish position of social and economic advantage over the poor and less educated Filipinos, but in order that, having gained these advantages for themselves, they may in turn give them to their less fortunate countrymen. The young Filipino, man or woman, must learn the lessons of truthfulness, courage, and unselfishness, and in all of his gaining of knowledge, and in his use of it as well, he must practice these virtues, or his learning will be an evil to his land and not a blessing.

The aim of this book is to help him to understand, first of all, the place that the Philippines occupy in the modern history of nations, so that he may understand how far and from what beginnings the Filipino people have progressed, toward what things the world outside has itself moved during this time, and what place and opportunities the Filipinos, as a people, may seek for in the future.

The Meaning of History.âHistory, as it is written and understood, comprises many centuries of human life and achievement, and we must begin our study by discussing a little what history means. Men may live for thousands of years without having a life that may be called historical; for history is formed only where there are credible written records of events. Until we have these records, we have no ground for historical study, but leave the field to another study, which we call Archeology, or Prehistoric Culture.

Historical Races.âThus there are great races which have no history, for they have left no records. Either the people could not write, or their writings have been destroyed, or they told nothing about the life of the people. The history of these races began only with the coming of a historical, or more advanced race among them.

Thus, the history of the black, or negro, race begins only with the exploration of Africa by the white race, and the history of the American Indians, except perhaps of those of Peru and Mexico, begins only with the white manâs conquest of America. The white, or European, race is, above all others, the great historical race; but the yellow race, represented by the Chinese, has also a historical life and development, beginning many centuries before the birth of Christ.

The European Race.âFor thousands of years the white race was confined to the countries bordering the Mediterranean Sea. It had but little contact with other races of men and almost no knowledge of countries beyond the Mediterranean shores. The great continents of America and Australia and the beautiful island-world of the Pacific and Indian oceans were scarcely dreamed of. This was the status of the white race in Europe a little more than five hundred years ago. How different is the position of this race to-day! It has now explored nearly the entire globe. The white people have crossed every continent and every sea. On every continent they have established colonies and over many countries their power.

During these last five centuries, besides this spread of geographical discoveries, the mingling of all the races, and the founding of great colonies, has come also the development of scientific knowledgeâgreat discoveries and inventions, such as the utilization of steam and electricity, which give to man such tremendous power over the material world. Very important changes have also marked the religious and political life of the race. Within these years came the Protestant revolt from the Roman Catholic Church, destroying in some degree the unity of Christendom; and the great revolutions of Europe and America, establishing democratic and representative governments.

The European Race and the Filipino People.âThis expansion and progress of the European race early brought it into contact with the Filipino people, and the historical life of the Philippines dates from this meeting of the two races. Thus the history of the Philippines has become a part of the history of nations. During these centuries the people of these islands, subjects of a European nation, have progressed in social life and government, in education and industries, in numbers, and in wealth. They have often been stirred by wars and revolutions, by centuries of piratical invasion, and fear of conquest by foreign nations. But these dangers have now passed away.

There is no longer fear of piratical ravage nor of foreign invasion, nor is there...