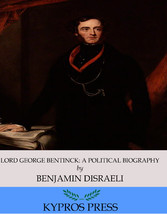 THERE WAS AT THIS TIME a metropolitan society for the protection of agriculture, of which the Duke of Richmond was chairman, and which had been established to counteract the proceedings of the Manchester confederation. It was in communication with the local Protection societies throughout the country; and although the adhesion to its service by the parliamentary members of the old Conservative party had been more limited than might have been expected, nevertheless many county members were enrolled in its ranks, and a few of the most eminent were actively engaged in its management. In this they were assisted by an equal number of the most considerable tenant-farmers. In the present state of affairs, the council of the Protection Society afforded the earliest and readiest means to collect opinion and methodize action; and it was therefore resolved among its managers to invite all members of Parliament who sympathized with their purpose, though they might not be members of their society, to attend their meeting and aid them at the present crisis with their counsel.

A compliance with this request occasioned the first public appearance of Lord George Bentinck, as one of the organizers of a political party,âfor he aspired to no more. The question was, whether a third political party could be created and sustained,âa result at all times and under any circumstances difficult to achieve, and which had failed even under the auspices of accomplished and experienced statesmen. In the present emergency, was there that degree of outraged public feeling in the country, which would overcome all obstacles and submit to any inconveniences, in order to ensure its representation in the House of Commons? It was the opinion of Lord George Bentinck that such was the case; that if for the moment that feeling was inert and latent, it was an apathy which arose from the sudden shock of public confidence, and the despair which under such circumstances takes possession of men; that if it could be shown to the country, that the great bulk of the Conservative party were true to their faith, and were not afraid, even against the fearful odds which they would have to encounter, to proclaim it, the confidence and the courage of the country would rally, and the party in the House of Commons would find external sympathy and support.

With these views it became of paramount importance that the discussion on the government measure should be sustained on the part of the Protectionists with their utmost powers. They must prove to the country, that they could represent their cause in debate, and to this end all their energies must be directed. It would be fatal to them if the discussion were confined to one or two nights, and they overborne by the leading and habitual speakers. They must bring forward new men; they must encourage the efforts of those now unrecognized and comparatively unknown; they must overcome all reserve and false shame, and act as became men called upon to a critical and leading part, not by their arrogance or ambition, but by the desertion and treachery of those to whose abilities they had bowed without impatience and reluctance. There was a probability of several vacancies immediately taking place in counties where the seats were filled by converts, but men of too scrupulous an honour to retain the charge which they had sought and accepted as the professors of opinions contrary to those which now received their mournful adhesion. The result of these elections would greatly depend upon the spirit and figure of the party in the House of Commons, in their first encounter with the enemy.

These views, so just and so spirited, advanced with high-bred earnestness by one rarely met in political turmoils, and enforced with a freshness and an affable simplicity which were very winning, wonderfully encouraged those to whom they were addressed. All seemed touched by the flame which burned in the breast of that man, so lofty in his thoughts but so humble in his ambition, who counselled ever the highest deeds, and was himself ever prepared to undertake the humblest duties.

The business of this day was notable. Calculations were made of those who might be fairly counted on to take a part in debate; some discussion even ensued as to who should venture to reply late at night to the minister; a committee was appointed to communicate with all members on either side supposed to be favourable to the principle of Protection to the labour of the country; a parliamentary staff was organized, not only to secure the attendance of members, but to guard over the elections; finally, the form of the amendment to the government measure was discussed and settled, and it was agreed that, if possible, it should be moved by Mr. Philip Miles, the member for the city of Bristol, and who had the ear of the House not merely from the importance of his constituency, and seconded by Sir William Heathcote, the member for the county of Hampshire, a country gentleman of great accomplishments, and so highly considered by both sides that he was very generally spoken of as a probable successor to the chair.

All was furnished by this lately forlorn party except a leader, and even then many eyes were turned and some hopeful murmurs addressed towards Lord George Bentinck, who in the course of this morning had given such various proofs of his fitness and such evidence of his resource. But he shook his head with a sort of suppressed smile, a faint blush, and an air of proud humility that was natural to him: âI think,â he said, âwe have had enough of leaders; it is not in my way; I shall remain the last of the rank and file.â

So little desirous, originally, was Lord George Bentinck to interfere actively in that great controversy in which ultimately he took so leading a part, that before the meeting of Parliament in 1846 he begged a gentleman whom he greatly esteemed, a member of the legal profession, and since raised to its highest honours, to call upon him at Harcourt House, when he said that he had taken great pains to master the case of the protective system; that he was convinced its abrogation would ultimately be very injurious to this country; but although, both in point of argument and materials, he feared no opponent, he felt constitutionally so incapable of ever making a speech, that he wished to induce some eminent lawyer to enter the House of Commons, and avail himself of his views and materials, which he had, with that object, reduced to writing. He begged, therefore, that his friend, although a free-trader, would assist him, by suggesting a fitting person for this office.

Accordingly, the name of a distinguished member of the bar, who had already published a work of merit, impugning the principles of the new commercial system, was mentioned, and this learned gentleman was applied to, and was not indisposed to accept the task. A mere accident prevented this arrangement being accomplished. Lord George then requested his friend to make some other selection; but his adviser very sensibly replied, that although the House of Commons would have listened with respect to a gentleman who had given evidence of the sincerity of his convictions by the publication of a work which had no reference to Parliament, they would not endure the instance of a lawyer brought into the House merely to speak from his brief; and that the attempt would be utterly fruitless. He earnestly counselled Lord George himself to make the effort; but Lord George, with characteristic tenacity, clung for some time to his project, though his efforts to accomplish it were fortunately not successful.

Some of the friends of Lord George Bentinck, remembering his inexperience in debate, aware of the great length at which he must necessarily treat the theme, and mindful that he was not physically well-qualified for controlling popular assemblies, not having a strong voice, or, naturally, a very fluent manner, were anxious that he should not postpone his speech until an hour so late; that an audience, jaded by twelve nightsâ discussion, would be ill-attuned to statistical arguments and economical details. But still clinging to the hope that some accident might yet again postpone the division, so that the Protectionists might gain the vote of Mr. Hildyard, who had been returned that day for South Notts, having defeated a cabinet minister, Lord George remained motionless until long past midnight. Mr. Cobden having spoken on the part of the confederation, the closing of the debate was felt to be inevitable. Even then, by inducing a Protectionist to solicit the Speakerâs eye, Lord George attempted to avert the division; but no supporter of the government measure, of any colour, advancing to reply to this volunteer, Bentinck was obliged to rise. He came out like a lion forced from his lair. And so it happened, that after all his labours of body and mind, after all his research and unwearied application and singular vigilance, after having been at his post for a month, never leaving the House, even for refreshment, he had to undertake the most difficult enterprise in which a man can well embark, with a concurrence of every disadvantage which could ensure failure and defeat. It would seem that the audience, the subject, and the orator, must be equally exhausted; for the assembly had listened for twelve nights to the controversy, and he who was about to address them had, according to his strange habit, taken no sustenance the whole day; it being his custom to dine after the House was up, which was very often long after midnight, and this, with the exception of a slender breakfast, rigidly restricted to dry toast, was his only meal in the four-and-twenty hours.