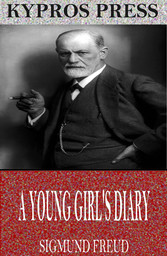 August 1st. It was awfully jolly on my birthday. We drove to Glashutte where it is lovely; there we cooked our own dinner in the inn for the landlady was ill and so was the cook. On oneâs birthday everyone is always so nice to one. What I like most of all is the Ebeseder paint-box, and the book too. But I never have any time to read. Hella sent me a lovely picture: Maternal Happiness, a dachshund with two puppies, simply sweet. When I go home I shall hang it up near the door over the bookcase. Ada gave me a silk purse which she had worked for me herself. Aunt Dora gave me a diary, but I canât use it because I prefer to write upon loose sheets. Grandfather and Grandmother at B. sent me a great piece of marzipan, splendid. Ada thinks it lovely; she didnât know marzipan before.

August 9th. When itâs not holidays Ada goes to school in St. Polten staying there with her aunt and uncle, because the school in H. is not so good as the school in St. P. Perhaps next term she is coming to Vienna, for she has finished with the middle school and has to go on learning. But she has no near relations in Vienna where she could stay. She might come to live with us, Dora could have a room to herself as she always wants, and Ada and I could share a room. I would much rather share a room with her than with Dora who is always making such a fuss.

August 10th. I do really think! A boy can always get what he wants. Oswald is really going for a fortnight to Znaim to stay with his chum; only Oswald of course. I should like to see what would happen if Dora or I wanted to go anywhere. A boy has a fine time. Itâs the injustice of the thing which makes me furious. For we know for certain that heâs had a bad report, even though he does not tell us anything about it. But of course that doesnât matter. They throw every 2 in our teeth and when he gets several Satisfactories he can go wherever he likes. His chum too; he only got to know Max Rozny this year and heâs a chum already. Hella and I have been chums since we were in the second in the elementary school and Dora and Frieda Ertl since they went to the High School. We both gave him a piece of our mind about friendship. He laughed scornfully and said: Thatâs all right, the friendships of men become closer as the years pass, but the friendships of you girls go up in smoke as soon as the first admirer turns up. What cheek. Whatever happens Hella and I shall stick to one another till weâre married, for we want to be married on the same day. Naturally she will probably get engaged before me but she must wait for me before sheâs married. Thatâs simply her duty as a friend.

August 12th. Oswald went away yesterday and we had another scene just before he left because he wanted one of us to go with him to the station and help carry his luggage. As if we were his servants. Ada wanted to volunteer to carry it, but Dora gave her a nudge and luckily she understood directly. Sometimes, but only sometimes, when Dora gets in a wax she is rather like Hella. She thinks itâs better that Oswald has gone away because otherwise there are always rows. Thatâs because she always comes off second-best. For really he is cleverer than she is. And when he wants to make her really angry he says something to her in Latin which she canât understand. I think thatâs the real reason why sheâs learning Latin. I must say I would not bother myself so about a thing like that. I really wouldnât bother.

August 15th. To-day I posted the parcel to Hella, a silver-wire watchchain; I made it in four days. I hope sheâll get it safely, one can never be sure in Hungary.

August 17th. We are so frightfully busy with Japanese lanterns and fir garlands. The people who have received birthday honours are illuminating and decorating their houses. While we were at work Ada told me a few things. She knows more than Hella and me, because her father is a doctor. He tells her mother a good deal and Ada overhears a lot of things though they generally stop talking when she comes in. Ada would like awfully to be an actress. I never thought of such a thing though Iâve been to the theatre often.

August 22nd. Hella is awfully pleased with the chain; she is wearing it. She is really learning to ride at her cousinâs. Itâs a pity heâs called Lajos. But Ludwig is not any better. He seems to be awfully nice and smart, but itâs a pity heâs 22 already.

August 25th. Ada is frightfully keen on the theatre. She has often been to the theatre in St. Polten and she is in love with an actor with whom all the ladies in St. Polten are in love. That is why she wants to be an actress and so that she can live free and unfettered. That is why she would like so much to come to Vienna. I wish she could come and live with us. She says she is pining away in H. for itâs a dull hole. She says she canât stand these cramping conditions. In St. Polten she spent all her pocket money upon flowers for him. She always said that she had to buy such a lot of copybooks and things for school. Thatâs where sheâs lucky not to be at home, for I could not easily take in Mother like that. It would not work. One always has too little pocket money anyhow, and when one lives at home oneâs parents know just what copybooks one has. I should like to go away from home for a few months. Ada says it is very good for one, for then one learns to know the world; at home, she says, one only grows musty and fusty. When she talks like that she really looks like an actress and she certainly has talent; her German master at school says so too. She can recite long poems and the girls are always asking the master to let her recite.

August 30th. To-day Ada recited Geibelâs poem, The Death of Tiberius, it was splendid; she is a born actress and itâs a horrid shame she canât go on the stage; she is to teach French or sewing. But she says sheâs going on the stage; I expect she will get her way somehow.

August 31st. Oswaldâs having a fine long fortnight; heâs still there and can stay till September 4th!! If it had been Dora or me. There would have been a frightful hulabaloo. But Oswald may do anything. Ada says: We girls must take for ourselves what the world wonât give us of its own free will.

September 5th. In the forest the other day I promised Ada to ask Mother to let her come and stay with us so that she could be trained for the stage. I asked Mother to-day, but she said it was quite out of the question. Adaâs parents simply could not afford it. If she has talent, the thing comes of itself and she need only go to a school of Dramatic Art so that she could more easily get a good Theatre says Ada. So I donât see why it should be so frightfully expensive. Iâm awfully sorry for Ada.

September 10th. Oh we have all been so excited. Iâve got to pack up my diary because weâre going home to-morrow. I must write as quickly as I can. There have been some gypsies here for three days, and yesterday one of the women came into the garden through the back gate and looked at our hands and told our fortunes, mine and Adaâs and Doraâs. Of course we donât believe it, but she told Ada that she would have a great but short career after many difficult struggles. That fits in perfectly. But she made a frightful mess of it with me: Great happiness awaits me when I am as old again as I am now; a great passion and great wealth. Of course that must mean that I am to marry at 24. At 24! How absurd! Dora says that I look much younger than 12 so that she meant 20 or even 18. But thatâs just as silly, for Dr. H., who is a doctor and knows so many girls, says I look older than my age. So that itâs impossible that the old gypsy woman could have thought I was only 10 or even 9. Doraâs fortune was that in a few years she was to have much trouble and then happiness. And she told Ada that her line of life was broken!!

September 14th. Oswald left early this morning, Father kissed him on both cheeks and said: For Godâs sake be a good chap this last year at school. He has to matriculate this year, itâs frightfully difficult. But he says that anyone who has cheek enough can get through all right. He says that cheek is often more help than a lot of swoting and grinding. I know heâs right; but unfortunately at the moment it never occurs to me what I ought to do. I often think afterwards, you ought to have said this or that. Hella is really wonderful; and Franke too, though sheâs not particularly clever, can always make a smart answer. If only half of what Oswald says he says to the professors is true, then I canât understand why he is not expelled from every Gym. says Mother. Oswald says: If one only puts it in the right way no one can say anything. But that doesnât hold always.

September 16th. Hella is coming back to-day. Thatâs why Iâm writing in the morning, because sheâs coming here in the afternoon. Iâm awfully glad. I have begged Mother to buy a lovely cake, one of the kind Hella and I are both so fond of.

September 20th. Only a word or two. School began again to-day. Thank goodness Frau Doktor M. still takes our class. Frl. Steiner took her doctorâs degree at the end of the school year. In history we have a new Frau Doktor, but we donât know her name yet. The Vischer woman has been married in the holidays!!! Itâs enough to make one split with laughing that anyone should marry...