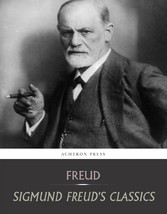 
B. The Material of Dreams- Memory in Dreams

That all the material composing the content of a dream is somehow derived from experience, that it is reproduced or remembered in the dream- this at least may be accepted as an incontestable fact. Yet it would be wrong to assume that such a connection between the dream-content and reality will be easily obvious from a comparison between the two. On the contrary, the connection must be carefully sought, and in quite a number of cases it may for a long while elude discovery. The reason for this is to be found in a number of peculiarities evinced by the faculty of memory in dreams; which peculiarities, though generally observed, have hitherto defied explanation. It will be worth our while to examine these characteristics exhaustively.

To begin with, it happens that certain material appears in the dream- content which cannot be subsequently recognized, in the waking state, as being part of oneâs knowledge and experience. One remembers clearly enough having dreamed of the thing in question, but one cannot recall the actual experience or the time of its occurrence. The dreamer is therefore in the dark as to the source which the dream has tapped, and is even tempted to believe in an independent productive activity on the part of the dream, until, often long afterwards, a fresh episode restores the memory of that former experience, which had been given up for lost, and so reveals the source of the dream. One is therefore forced to admit that in the dream something was known and remembered that cannot be remembered in the waking state. *

* Vaschide even maintains that it has often been observed that in oneâs dreams one speaks foreign languages more fluently and with greater purity than in the waking state.

Delboeuf relates from his own experience an especially impressive example of this kind. He saw in his dream the courtyard of his house covered with snow, and found there two little lizards, half-frozen and buried in the snow. Being a lover of animals he picked them up, warmed them, and put them back into the hole in the wall which was reserved especially for them. He also gave them a few fronds of a little fern which was growing on the wall, and of which he knew they were very fond. In the dream he knew the name of the plant; Asplenium ruta muralis. The dream continued returning after a digression to the lizards, and to his astonishment Delboeuf saw two other little lizards falling upon what was left of the ferns. On turning his eyes to the open fields he saw a fifth and a sixth lizard making for the hole in the wall, and finally the whole road was covered by a procession of lizards, all wandering in the same direction.

In his waking state Delboeuf knew only a few Latin names of plants, and nothing of any Asplenium. To his great surprise he discovered that a fern of this name did actually exist, and that the correct name was Asplenium ruta muraria, which the dream had slightly distorted. An accidental coincidence was of course inconceivable; yet where he got his knowledge of the name Asplenium in the dream remained a mystery to him.

The dream occurred in 1862. Sixteen years later, while at the house of one of his friends, the philosopher noticed a small album containing dried plants, such as are sold as souvenirs to visitors in many parts of Switzerland. A sudden recollection came to him: he opened the herbarium, discovered therein the Asplenium of his dream, and recognized his own handwriting in the accompanying Latin name. The connection could now be traced. In 1860, two years before the date of the lizard dream, one of his friendâs sisters, while on her wedding-journey, had paid a visit to Delboeuf. She had with her at the time this very album, which was intended for her brother, and Delboeuf had taken the trouble to write, at the dictation of a botanist, the Latin name under each of the dried plants.

The same good fortune which gave this example its unusual value enabled Delboeuf to trace yet another portion of this dream to its forgotten source. One day in 1877 he came upon an old volume of an illustrated periodical, in which he found the whole procession of lizards pictured, just as he had dreamt of it in 1862. The volume bore the date 1861, and Delboeuf remembered that he had subscribed to the journal since its first appearance.

That dreams have at their disposal recollections which are inaccessible to the waking state is such a remarkable and theoretically important fact that I should like to draw attention to the point by recording yet other hypermnesic dreams. Maury relates that for some time the word Mussidan used to occur to him during the day. He knew it to be the name of a French city, but that was all. One night he dreamed of a conversation with a certain person, who told him that she came from Mussidan, and, in answer to his question as to where the city was, she replied: âMussidan is the principal town of a district in the department of Dordogne.â On waking, Maury gave no credence to the information received in his dream; but the gazetteer showed it to be perfectly correct. In this case the superior knowledge of the dreamer was confirmed, but it was not possible to trace the forgotten source of this knowledge.

Jessen (p. 55) refers to a very similar incident, the period of which is more remote. âAmong others we may here mention the dream of the elder Scaliger (Hennings, l.c., p. 300), who wrote a poem in praise of the famous men of Verona, and to whom a man named Brugnolus appeared in a dream, complaining that he had been neglected. Though Scaliger could not remember that he had heard of the man, he wrote some verses in his honour, and his son learned subsequently that a certain Brugnolus had at one time been famed in Verona as a critic.â

A hypermnesic dream, especially remarkable for the fact that a memory not at first recalled was afterwards recognized in a dream which followed the first, is narrated by the Marquis dâHervey de St. Denis: * âI once dreamed of a young woman with fair golden hair, whom I saw chatting with my sister as she showed her a piece of embroidery. In my dream she seemed familiar to me; I thought, indeed, that I had seen her repeatedly. After waking, her face was still quite vividly before me, but I was absolutely unable to recognize it. I fell asleep again; the dream-picture repeated itself. In this new dream I addressed the golden-haired lady and asked her whether I had not had the pleasure of meeting her somewhere. âOf course,â she replied; âdonât you remember the bathing-place at Pornic?â Thereupon I awoke, and I was then able to recall with certainty and in detail the incidents with which this charming dream-face was connected.â

The same author * recorded that a musician of his acquaintance once heard in a dream a melody which was absolutely new to him. Not until many years later did he find it in an old collection of musical compositions, though still he could not remember ever having seen it before.

I believe that Myers has published a whole collection of such hypermnesic dreams in the Proceedings of the Society for Psychical Research, but these, unfortunately, are inaccessible to me. I think everyone who occupies himself with dreams will recognize, as a very common phenomenon, the fact that a dream will give proof of the knowledge and recollection of matters of which the dreamer, in his waking state, did not imagine himself to be cognizant. In my analytic investigations of nervous patients, of which I shall speak later, I find that it happens many times every week that I am able to convince them, from their dreams, that they are perfectly well acquainted with quotations, obscene expressions, etc., and make use of them in their dreams, although they have forgotten them in their waking state. I shall here cite an innocent example of dream-hypermnesia, because it was easy to trace the source of the knowledge which was accessible only in the dream.

A patient dreamed amongst other things (in a rather long dream) that he ordered a kontuszowka in a cafe, and after telling me this he asked me what it could be, as he had never heard the name before. I was able to tell him that kontuszowka was a Polish liqueur, which he could not have invented in his dream, as the name had long been familiar to me from the advertisements. At first the patient would not believe me, but some days later, after he had allowed his dream of the cafe to become a reality, he noticed the name on a signboard at a street corner which for some months he had been passing at least twice a day.

I have learned from my own dreams how largely the discovery of the origin of individual dream-elements may be dependent on chance. Thus, for some years before I had thought of writing this book, I was haunted by the picture of a church tower of fairly simple construction, which I could not remember ever having seen. I then suddenly recognized it, with absolute certainty, at a small station between Salzburg and Reichenhall. This was in the late nineties, and the first time I had travelled over this route was in 1886. In later years, when I was already busily engaged in the study of dreams, I was quite annoyed by the frequent recurrence of the dream-image of a certain peculiar locality. I saw, in definite orientation to my own person- on my left- a dark space in which a number of grotesque sandstone figures stood out. A glimmering recollection, which I did not quite believe, told me that it was the entrance to a beer-cellar; but I could explain neither the...