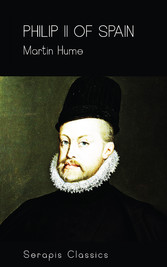 FOR three hundred years a bitter controversy has raged around the actions of Philip II. of Spain. Until our own times no attempt even had been made to write his life-history from an impartial point of view. He had been alternately deified and execrated, until through the mists of time and prejudice he loomed rather as the permanent embodiment of a system than as an individual man swayed by changing circumstances and controlled by human frailties. The more recent histories of his reign-the works of English, American, German, and French scholars-have treated their subject with fuller knowledge and broader sympathies, but they have necessarily been to a large extent histories of the great events which convulsed Europe for fifty years at the most critical period of modern times. The space to be occupied by the present work will not admit of this treatment of the subject. The purpose is therefore to consider Philip mainly as a statesman, in relation to the important problems with which he had to deal, rather than to write a connected account of the occurrences of a long reign. It will be necessary for us to try to penetrate the objects he aimed at and the influences, personal and exterior, which ruled him, and to seek the reasons for his failure. For he did fail utterly. In spite of very considerable powers of mind, of a long lifetime of incessant toil, of deep-laid plans, and vast ambitions, his record is one continued series of defeats and disappointments; and in exchange for the greatest heritage that Christendom had ever seen, with the apparently assured prospect of universal domination which opened before him at his birth, he closed his dying eyes upon dominions distracted and ruined beyond all recovery, a bankrupt State, a dwindled prestige, and a defeated cause. He had devoted his life to the task of establishing the universal supremacy of Catholicism in the political interests of Spain, and he was hopelessly beaten...