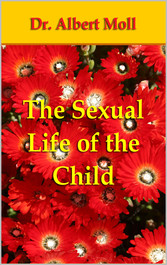 The Sexual Life of the Child

The Sexual Life of the Child

The use of this terminology must not be regarded as implying that the distinctions indicated correspond in any way to fixed natural lines of demarcation; on the contrary, individual variations are numerous and manifold. Not only does the rate of development differ in different races (in the Caucasian race, more especially, the age of puberty comes comparatively late, so that among the members of this race childhood is prolonged); but further, within the limits of one and the same race, notable differences occur. More than all have we to take into account the differences between the sexes, childhood terminating earlier in the female sex than in the male-among our own people [the Germans] this difference is commonly estimated at as much as two years. In addition, in this respect, there are marked differences between different classes of the population, a matter to which we shall return in Chapter VI.