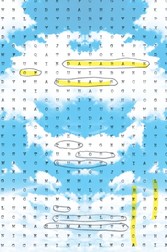 Database of Dreams - The Lost Quest to Catalog Humanity

Database of Dreams - The Lost Quest to Catalog Humanity

Just a few years before the dawn of the digital age, Harvard psychologist Bert Kaplan set out to build the largest database of sociological information ever assembled. It was the mid-1950s, and social scientists were entranced by the human insights promised by Rorschach tests and other innovative scientific protocols. Kaplan, along with anthropologist A. I. Hallowell and a team of researchers, sought out a varied range of non-European subjects among remote and largely non-literate peoples around the globe. Recording their dreams, stories, and innermost thoughts in a vast database, Kaplan envisioned future researchers accessing the data through the cutting-edge Readex machine. Almost immediately, however, technological developments and the obsolescence of the theoretical framework rendered the project irrelevant, and eventually it was forgotten.