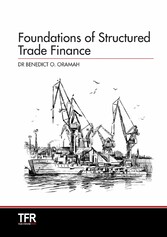 Trade has over the centuries been known as a major source of economic growth, with trade performance considered a valid explanation of why some nations are more economically successful than others. Adam Smith (1725â1790) and David Ricardo (1772â1823) are some of the early economists to expound theories of international trade and the gains from trade. Their respective theories of Absolute Advantage and Comparative Advantage1 provided the foundation for the field of international economics and trade finance.

Experiences with globalisation have broadened and enhanced the insight gained from those early studies. The role trade plays in promoting economic growth and development is therefore well documented in the wide literature of development economics and includes:

i.Enabling nations to specialise in the production of goods and services they have comparative advantages in producing, thereby facilitating global efficiency in production;

ii.Improvements in national and global welfare as it leads to increased production of goods and services due to specialisation and also enables nations to access what they do not produce;

iv.Providing better quality of goods and services at lower prices to peoples all over the world.

It is no wonder then that major ancient civilizations were propelled by trade: the ancient Egyptians, Phoenicians, the Chinese, the Romans. More recently, the Dutch ascendancy during the 17th century,2 the emergence of Britain as a global power, the rise of Japan and the so-called âAsian tigersâ, and the accelerating Chinese economy were/are all basically trade-driven.3

Due to the importance many economies attach to trade as a result of the benefits that can be derived from it, trade has also been a source of tensions and wars among nations. In order to minimise the scope for such tensions and expand the benefits of trade to all participants, many nations of the world began, in 1947, the negotiation of rules to govern the conduct of international trade. These negotiations, conducted largely under the auspices of the United Nations Conference on Trade and Development (UNCTAD), led to the signature of two key multilateral treaties: the General Agreement on Tariffs and Trade (GATT), signed in 1947; and the Treaty of Fez, signed in 1994, which led to the creation of the World Trade Organization (WTO).4 The WTO is charged with the responsibility of managing the implementation of the agreed multilateral trading rules and adjudicating disputes that may arise.

A measure of the pervading role of trade in global economic activity is the rising share of trade in global output. Figure 3 shows that, whereas the ratio of global trade to global gross domestic product (GDP) was at 18 per cent in 1960, it had risen to 36 per cent in 1980, 40 per cent in 2000, and 50 per cent in 2010. Despite the rapid increase in the rate of expansion of global trade and its share of global GDP, differences exist at regional level. A distinguishing feature of Latin American and African economies in the 1990s and 2000s is their relatively low degrees of openness â that is, lower ratios of their total trade to GDP, compared to other developing regions (Figure 4).

Figure 5 also shows that regions with a high degree of openness (East Asia and Pacific) appear far more competitive globally, with their share of global trade far higher than others. In the period 1990â2000, Africa fell into the category of regions with poor trade and economic performance.

Africaâs share of world trade, for instance, declined from a peak of 6.3 per cent in 1960 to approximately 2.1 per cent in 2000. Following the implementation of an export-led structural adjustment programme (SAP) under the auspices of the Bretton-Woods institutions in the 1980s and 1990s, trade began to recover in Africa and other developing regions in 2000. For instance, Africaâs share of world trade increased between 1990 and 2010 to reach 3.3 per cent. The value of Africaâs total trade roughly quintupled, rising from US$203 billion in 1990 to over US$1.27 trillion in 2012.

A number of reasons have been adduced for the poor trade performance of some developing regions during the 1980s and 1990s,10 but lack of appropriate trade finance is generally believed to have been a major constraint as far as Africa was concerned.11 UNCTAD suggested that the performance of Africaâs merchandise trade was a reflection of its inability to tap into competitively priced trade and project financing, which are critical for improved trade performance. Moors di Giorgio also observed that âWithout proper financing, a commodity producer may not expand its facilities; a trading company may think twice before buying from a high-risk country; and an importer may simply go out of business.â12 It follows therefore that trade finance is crucial in converting a poor trade performing nation into a leading trading economy capable of making the great leap from a poor country to a middle- and ultimately a high-income country. This fundamental fact is the point of departure for this book.

Purpose and outline of this book

This book has been written to provide practical insights into the subject of structured trade finance. It recognises that it is perhaps one of a few books that attempt to address the complex issue of structured trade finance in one volume and is therefore organised such that it will be useful to beginners, experienced practitioners, and senior executives of financial institutions involved in structured trade finance and its emerging variant dubbed âsupply chain financeâ. It is also useful to officials of firms engaged in international trade, as well as students of finance and international trade. While it addresses basic trade finance structuring issues, it also provides numerous practical (real life) examples that give useful insight into the complexity of financing trade under a difficult environment. It also touches on critical issues that impact the use of bank capital in implementing deals, delving into pricing and operational risk issues critical under the current regulatory environment that places a lot of emphasis on bank capitalisation. It is hoped that the book will be a useful tool to all bankers and practitioners in the interesting and challenging field of structured trade finance.