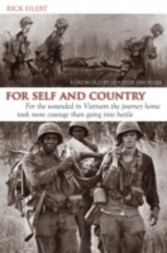 Just a few months after enlisting in the Marine Corps and being sent to Vietnam, nineteen-year-old Rick Eilert was seriously injured in combat and transferred to Great Lakes Naval Hospital in Illinois for a long and painful recovery. Eilert tells not only his own story but the stories of the men around him whose friendship, humor, and courage sustained him. Eilert describes the hospital as a place of emotional and physical rehabilitation and pays tribute to those who cared for them. When the book was first published in 1983, he was awarded the George Washington Medal by the Freedoms Foundation and invited to the Oval Office by President Ronald Reagan.