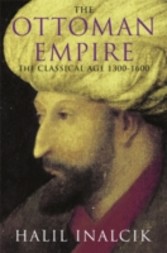 Born as a military frontier principality at the turn of the Fourteenth century Turkey developed into the dominant force in Anatolia and the Balkans growing to become the most powerful Islamic state after 1517 when it incorporated the old Arab lands. This distinctively Eastern culture with all its detail and intricacies is explored here by a pre-eminent scholar of Turkish history. He gives a striking picture of the prominence of religion and warfare in everyday life as well as the traditions of statecraft administration social values financial and land policies. The definitive account this is an indispensable companion to anyone with an interest in Islam Turkey and the Balkans.