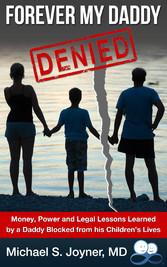 "Time is a Fortune Teller"

"Time is a Fortune Teller"

I'm lying on a gurney, waiting for surgeons to save my life by repairing a leaking valve in my heart. It's the third of December, 2009. I'm in my mid 40's, an avid exerciser, triathlete, natural bodybuilder, and a dedicated runner who was training for a marathon on the day my symptoms suddenly appeared.

I knew, even as a kid in second grade, that I wanted to grow up to be a doctor. Thanks to training that began when I was an officer in the U.S. Army, followed by a 100- plus hours-per-week residency and other advanced training in the U.S. and overseas, I'm a Hand surgeon, Microsurgeon and General surgeon, licensed to practice in multiple states across the country. I'm African-American, did not grow up wealthy, but was blessed with caring parents.

I'm also the father of two boys. I love them without limit. My financial responsibilities as a dad from a broken marriage are daunting, yet my visitation rights are highly limited. Those visits require interstate travel, hotel rooms and rental cars, and they get pretty expensive. The mother of my children, as a great many bitter former spouses do, chooses to sabotage many of my visitation attempts, making these costly trips futile. She also wishes to convince my sons that I'm absent because I do not care. It is, sadly, a commonplace situation in our time, called Parental Alienation Syndrome.

As I lie there awaiting my surgery, I reflect that I haven't seen my boys for more than two years. To secure that last scheduled visit, I had to pave the way with a $10,000 emergency court hearing.

It was a wonderful visit after all, casual-feeling time spent doing simple things like joining the boys in playing video games. We played tennis almost daily. We played golf. We loved our time together. Even though some moments were challenging, it was a week never to be forgotten.

Unfortunately, there hasn't been a visit since then. The boys had spent the previous year in a private school, thanks to the addition of a grant-in-aid that augmented my child support money allocated for school. When the new school year came around, I suddenly learned that the grant we'd had access to would not be available again. The school asked me to pay the $27,000 tuition bill in full, and immediately, a request, which wasn't even remotely possible.

The resulting dislocation in their young lives was, I'm sure, blamed on me.

My boys were ages 10 and 11 at the time. Here is the letter my oldest son wrote me soon afterward. It illuminates what Parental Alienation Syndrome feels like, what it does to the heart of a parent whose love is denied, and how it shapes the mind and emotions of an innocent child who has been fed vengeful distortions and manipulations. I am sure that these were reasons that I lay on a gurney prior to heart surgery.

I am not adjusting well ant that's because of you. Brat. I do not like coming with you and I don't like spending time with you, cause you're a big Jerk. You never support me and my brother. You don't help my real family. You get on my nerves every time you try to take us out of state. I want to stay close to my mom and grandma and grandpa and everybody who loves me. You don't call, we 're not suppose to call, you are, but sence you're a jerk and a lyer don't call us, I don't like to talk to you. When we were like 6 and 7you always lied to me and my brother, you would always would tell us you would be town and you wouldn't be in town. And don't make plans with a 10 and 11 year olds, make plans with are mom if you want to see us. Why are so selfish? And mean? I could name lots of things about you and hear they are,

Not friendly    Not considerate

Focused on being all the things that are above and below

Not a sharing person    Not generous

Has a lying excuse for everything

Not affectionate. Those are all my adjectives about you.

One of the last things I want to mention why do you drive to are house and knock on the door un invited. You are a huge jerk/ lyer.

Some people, if only aware of one side of things, might notice my non-presence in my sons' activities and automatically place me in the ugly category of "deadbeat dad." Anyone who knows me well knows, however, that my greatest goal in life has always been to be a wonderful dad, which in fact I am. Unfortunately, my kids do not know it. Attempts to prove my love are usually subverted by tactics that unfold behind their backs.

Ungodly stresses - spending and spending to get visitation time, heartache over seeing my sons become more and more distant because of constant negative programming, losing precious visits to sly spousal maneuvers, all while striving to complete the education and training necessary to become a surgeon - put me on the gurney, my heart needing repair.

At times, as they do for a great many dads from broken marriages, these stresses have evoked morbid thoughts. I still recall the words of an imagined suicide note: "I need to go now. I am exhausted."

But I'm not going, and I'm not accepting banishment from my sons' lives. I'm still fighting to thrive, and still fighting to be the wonderful father I was meant to be. A poem by Langston Hughes continues to give me heart:

"I could've died for love - but for livin' I was born

You may hear me holler and you may see me cry - I'll be dogged, sweet baby

If you gonna see me die."

And if I can't have my sons with me right now, either physically or emotionally, I can carry their images. Literally. I have the cherubic faces of my sons tattooed on my side, their likenesses as toddlers, in life-sized portraits.

As long as my former wife continues to heartlessly, passive-aggressively thwart my intentions to be as fully-present a dad as possible, though, I will face blockades like the one that occurred in late 1999.

I flew to Maryland on the wintry 15th of November. My hopes for this visit, all in vain as things turned out, included buying three tickets for an NBA game, in hopes of building great visitation memories and a stronger bond with my sons. I also had to buy from Uncle Sam temporary freedom from my military duties, at the rate of $300 per day. But I was haunted by the words of Travis Ballard, Esq., President of the National Congress for Fathers and Children, delivered three years earlier at a White House conference: "Perhaps more than any other single factor, the absence of a biological father is the leading cause of many of our nation's problems, including crime drug problems, teen violence, inner city strife and juvenile delinquencyâ¦" That's not what I want for my boys. I'm fighting to be the realest, most in-touch dad I can be.

Roughly two years before my thwarted November 1999 visitation attempt - which cost me nearly $4,300 - John Guidubaldi, D.Ed, said these beautiful words at the 11th Annual Conference of the Council on Children's Rights: "â¦ joint physical custody removes the capacity for one spouse to hurt the other by denying participation in raising the children."

That visit came in the early stages of our divorce proceedings, at a time when my boys were two and four years old, respectively. I wanted to do something really special, so I arranged for an overnight visit that would include the first major public event of their young lives, a professional basketball game. I had already been granted overnight visitation rights by a mediator, and I knew my sons loved basketball, because when we were together my oldest son and I used to play together for hours on end. We were so bonded then that my then-wife remarked once that she believed I loved my sons more than I loved her.

I had already been thwarted twice in my attempts to have my sons with me. When I spoke to my former step father-in-law, who was babysitting them, he said, "I don't think you should even see them."

With tickets in hand, I went to pick the boys up. No one was there. I called and left a series of messages, getting more concerned as the hour got later. I finally left a message that said, "I've got to go to the game. Can you bring them there?" I ended up watching that game alone, with an empty seat on each side. It was a horrible feeling, one that I was going to have many more times in the months and years to come.

At this time I was still in training for general surgery, and working over a hundred hours a week. I had to work out agreements with other trainees to cover my hours while I was away.

One of many facts related to broken marriages that I had to learn the hard way is that the costs of traveling to visit your children need to be factored into what you're paying for child support. In this instance, I'd bought an airline ticket, rented a Residence Inn room so I would be able to cook for the kids, and groceries to make their meals, as...