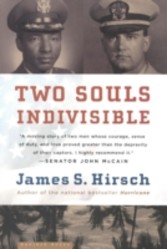 An unforgettable true story, Two Souls Indivisible stirringly recounts the forging of a legendary, heroic bond between two soldiers. Fred Cherry and Porter Halyburton first met in their shared cell in a brutal POW camp in Vietnam. Cherry, an air force pilot, was badly injured after his plane crashed, he became the first black officer to be captured by the North Vietnamese. Halyburton, a young navy flier, was a naive white southerner thrown in as Cherrys cellmate. Their captors hoped close quarters would inflame American-bred racial tensions and break both men. Instead, American integrity and honor flourished, and as Cherry was nursed back to health, a friendship grew strong. The intense connection, powerfully reported by James S. Hirsch, would sustain both men through the war and throughout their lives. Inspiring, heartbreaking, remarkable, and never more timely, Two Souls Indivisible shows how good people can achieve greatness in the most hellish of circumstances.